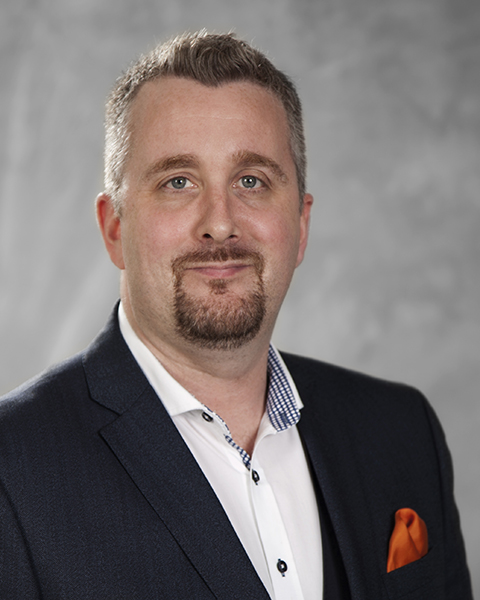 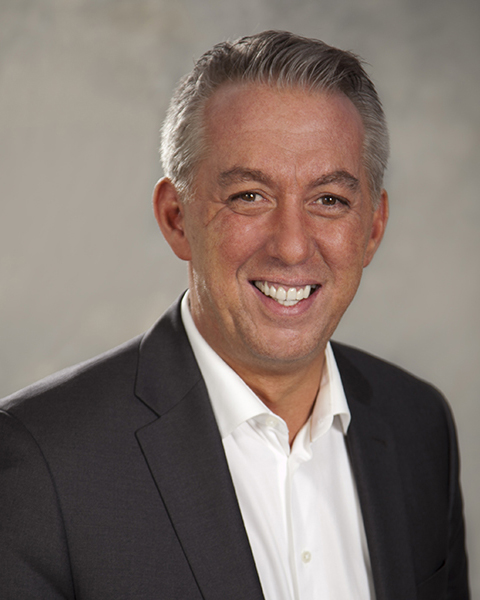 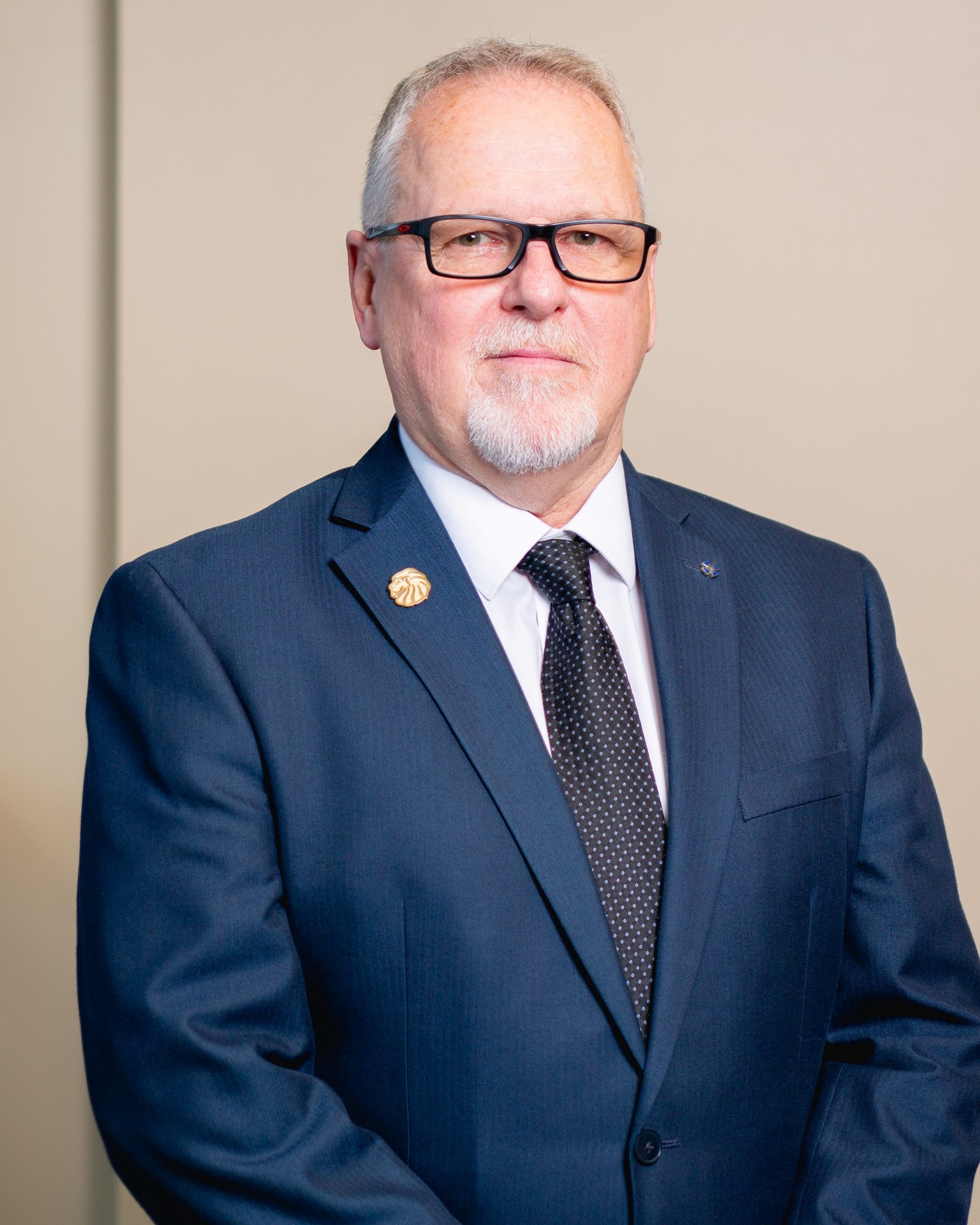 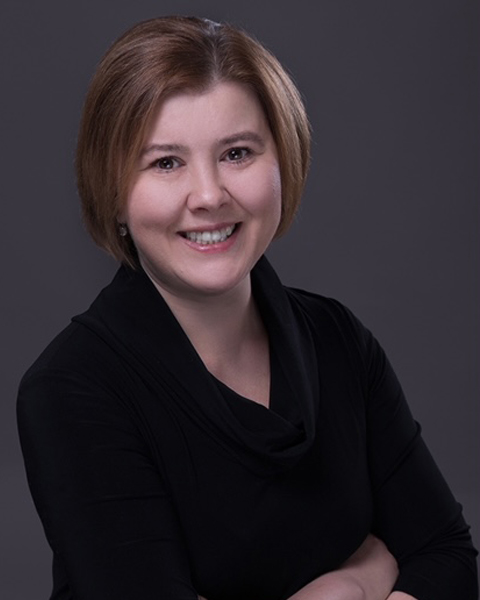 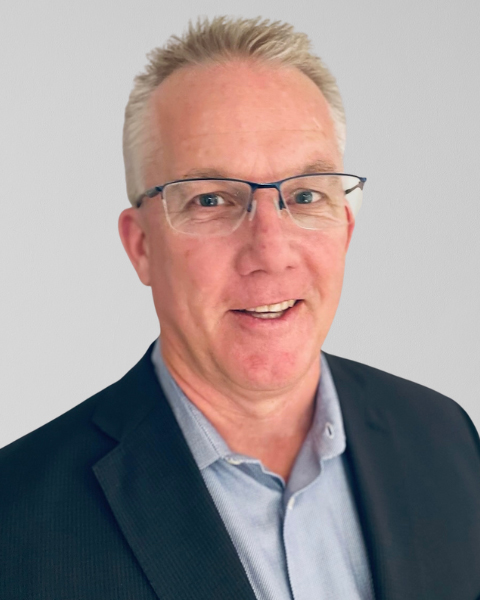 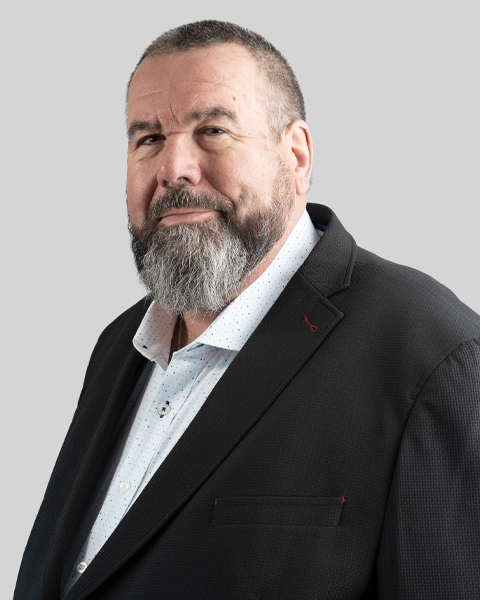 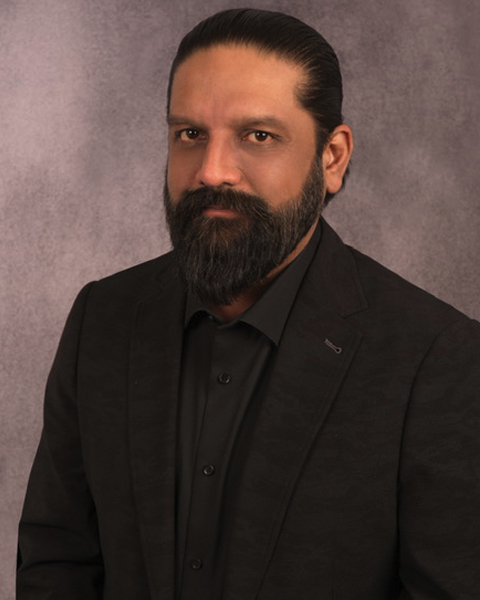 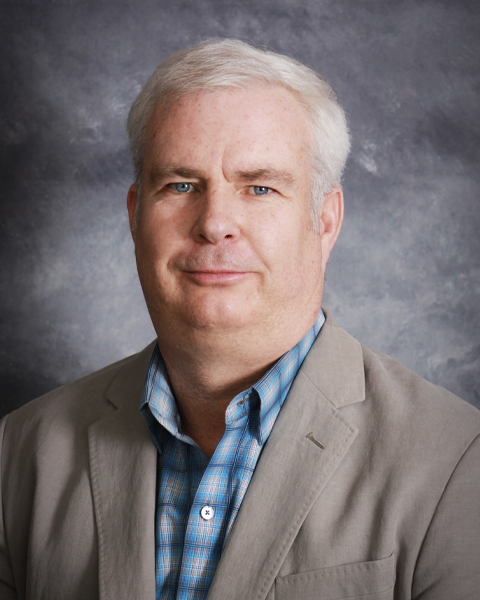 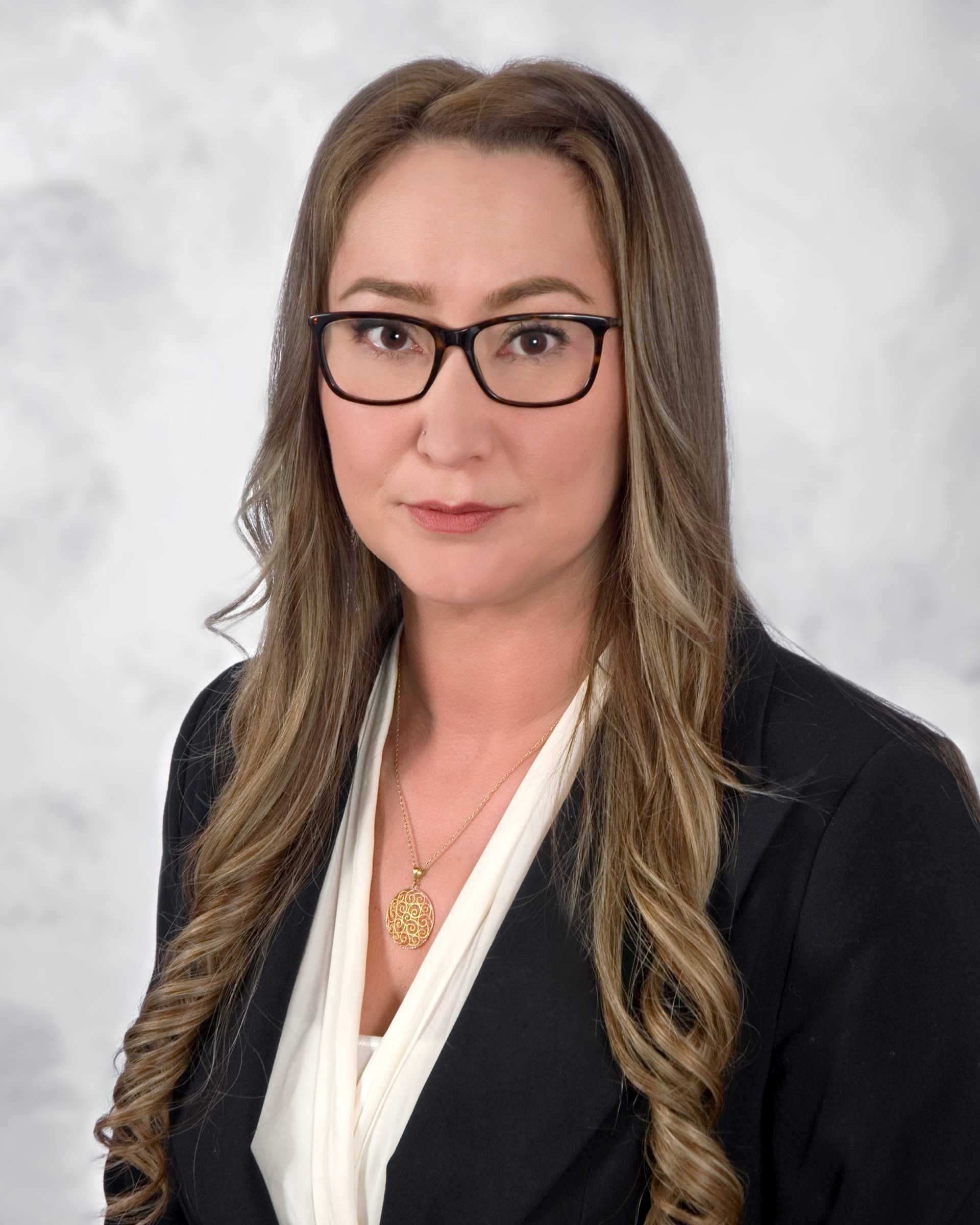 Patrick is an accomplished Enterpriser and business owner with particular strength in M&A strategic vision/ planning. Patrick was previously a partner in a consulting firm with a focus on First Nation and Inuit engagement and business development. He worked closely with First Nations, large industries, and governments across Northern Canada. Since joining the security industry, Patrick has held various senior management and executive roles in operations and business development. Patrick became CEO and was the creative force behind the company’s strategic approach to First Nation partnerships and industry engagement. Patrick has volunteered on numerous boards of charities and community non-profit organizations, such as Stanton Territorial Hospital Foundation, along with chambers and community small business investment funds. He has a passion for agnostic use case-driven solutions and has built a leadership team to take on large, complex integrated programs. His no-nonsense approach to cut to the heart of the issue and achieve results has made him well recognized and liked by his peers and clients.
×

Owen has 25 years of experience in public safety and security. He started his career with the BC Corrections Branch, later joined the RCMP, and ultimately held senior positions in death investigation and police oversight in the BC Ministry of Justice before leaving government in 2015. Prior to joining Scarlet, Owen led the Pacific Region for a large, multi-national security provider. Owen holds a Master of Arts in Leadership from Royal Roads University and completed an executive program for senior government leaders at Harvard University.
× 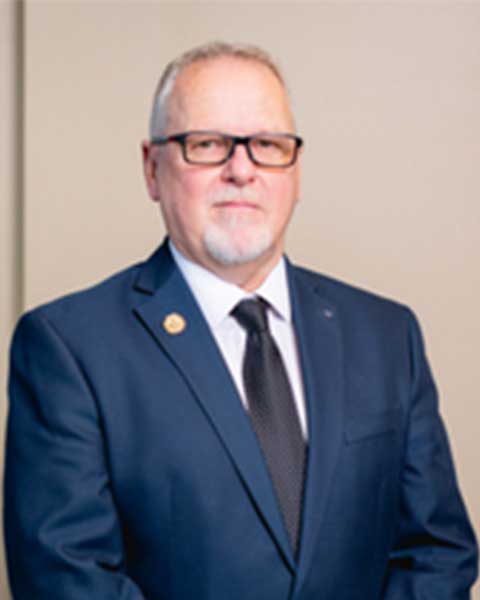 Mr. Maynard has extensive experience in Policing at local, Provincial, National and International levels. With thirty two years of experience across all business lines in policing he was exposed to a multitude of situations and environments. At the time of his recent retirement from the RCMP, he was the Superintendent In Charge of all Tactical Assets in the Province of British Columbia, including Emergency Response, Public Order, Dive Teams, Negotiators, and Bomb Disposal. Mr. Maynard is also the President of the National Network group that Trains and Accredits all Critical Incident Commanders for all Police agencies in Canada, referred to as ACCIC or Association of Canadian Critical Incident Commanders. Recent experience has taken him Internationally as an expert in Command and Control models utilized in other countries such as the United Kingdom, The United States, France, The Netherlands, Germany and Australia. Mr. Maynard’s teaching experience involves the Canadian Police College, and the Justice Institute of British Columbia as an instructor of Critical Incident Command, Critical Incident Management, Incident Command Systems, Gold Silver Bronze, Initial Critical Incident response and many other Tactical courses. He developed a series of exercises designed to develop and affirm the response mechanism to a terrorist attack across multiple locations for not only police, but government and other related agencies. This resulted in policy change and the adoption of Gold/Silver/Bronze as the method of Crisis Management. Mr. Maynard was also one of the main architects of the RCMPs response to “Resource based, Culturally sensitive Protests” Given this experience he is well placed with Lions Gate Risk Management to assist with a partner response hand in hand with Law Enforcement and contracted parties in relation to lawful and unlawful protest activities as it relates to major projects or resource based infrastructure.
× 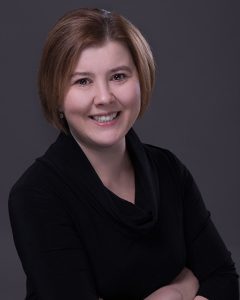 Elena has held a variety of complex and challenging roles over the course of her career, including Senior Advisor and Partner to two of the biggest accounting firms in the world. Under her leadership, multiple teams have achieved stellar performance on high-risk and complex engagements. Following her success at Deloitte and Ernst & Young, Elena founded OTB Advisory in 2017, serving clients with market capitalizations between $6 million and $60 billion. She has extensive experience in leadership/management, negotiation and contracts, IT and systems, finance transformation, capital markets, reporting, data analysis/business intelligence, investment management, planning, risk, and complex corporate projects, including system implementation, post-merger integration and automation. Elena is a Certified Public Accountant. She holds a bachelor’s degree in Economics and Accounting from St. Petersburg University of Economics and Finance and a Certificate of Specialization in Leadership and Management from Harvard Business School Online.
× 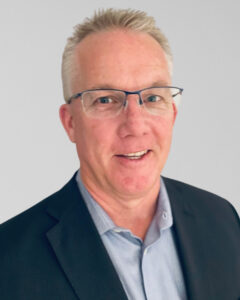 Rob has 32 years in law enforcement and security industries. He started his career with the RCMP where most of his career was spent working in major crimes in British Columbia and with major events out of Ottawa. Rob was an accredited Team Commander for major crime investigations and was one of the first Integrated Homicide Investigations Team (IHIT) investigators assigned to the unit. He migrated to Major Events and the 2010 Olympics where he was the File Coordinator and managed multiple units in operations support. He worked closely with federal government departments in strategically delivering various major events in Canada. Before leaving the RCMP, Rob successfully completed his commissioned officer boards and served as a senior manager with the Drug Enforcement Branch. Rob retired from the force joining BC Hydro Corporate Security. In his tenure at BC Hydro Rob held the positions of security operations manager, senior manager security and Chief Security Officer. He was tasked with taking the team from governance focused to a fully operational team, strategically planning and delivering the security program for BC Hydro. Rob was accountable for the creation of the Security Command Center, Security Intelligence Program, Law Enforcement Liaison, Threat Risk Assessment teams, expanding access control, Internal and Corporate Investigations and managed the large Integrated Security Operator (Guards and Technology) contracts and supplier management. Rob was the was the Industrial Security Officer for BC Hydro working with the government of Canada’s law and enforcement and intelligence agencies. He was the chair of Electricity Canada’s Security and Infrastructure Protection Committee since 2019. He was the DAO for BC Hydro in working with the Electricity Sector- Intelligence Sharing and Analytical Center (E-ISAC) out of Washington, D.C. Rob holds a degree from Saint Mary’s in Sociology with a Criminology certificate. Through Cornell University he obtained a certificate in Project Leadership. He has completed the Operational Planning (OPP) and Joint Staff Operations (JSOP) courses through the Canadian Military College and taken numerous strategic and leadership courses through the Government of Canada. He is a current member of ASIS, CATAP and IAFCI. Rob has been a certified Project Manager through PMI since 2009. Rob is involved in his community as a past baseball coach and held numerous executive positions for the Cloverdale Rode and Exhibition which is Canada second largest rodeo. He provided his security expertise to deliver security plans assist the executive at the 2016 WBSC XV Women’s World Softball Championships in Surrey, B.C.
× 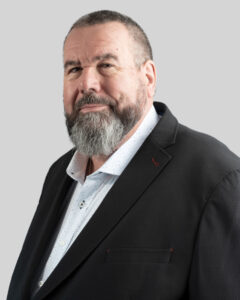 Most recently the Chief Safety and Risk Officer at Simon Fraser University, his professional experience includes Director of International Operations for a large consulting firm, Program Director at the Police Academy, Justice Institute of British Columbia responsible for public policy research and training standards development for non-police professionals involved in regulatory compliance. Additionally, he has many years experience as a sessional faculty member in the School of Criminology at a local university.

International work has included risk identification and mitigation within the extractive industry including country threat assessments, travel risk management, emergency response policies and procedures, and operational standards for locally contracted security providers that are consistent with international norms and standards. Mark has also consulted with the United Nations Office on Drugs & Crime on the development of global standards for the civilian private security industry.

With a graduate degree in Justice and Public Safety, Mark began is professional career with the Vancouver Police Department. Mark was awarded with a Lifetime Achievement award by the Canadian Security Magazine in the fall edition of 2022. 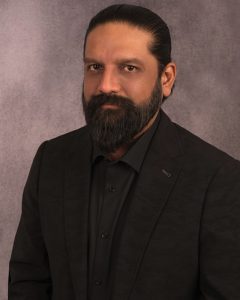 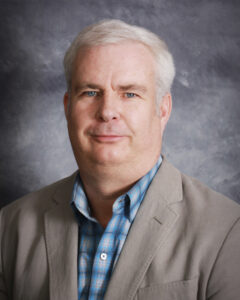 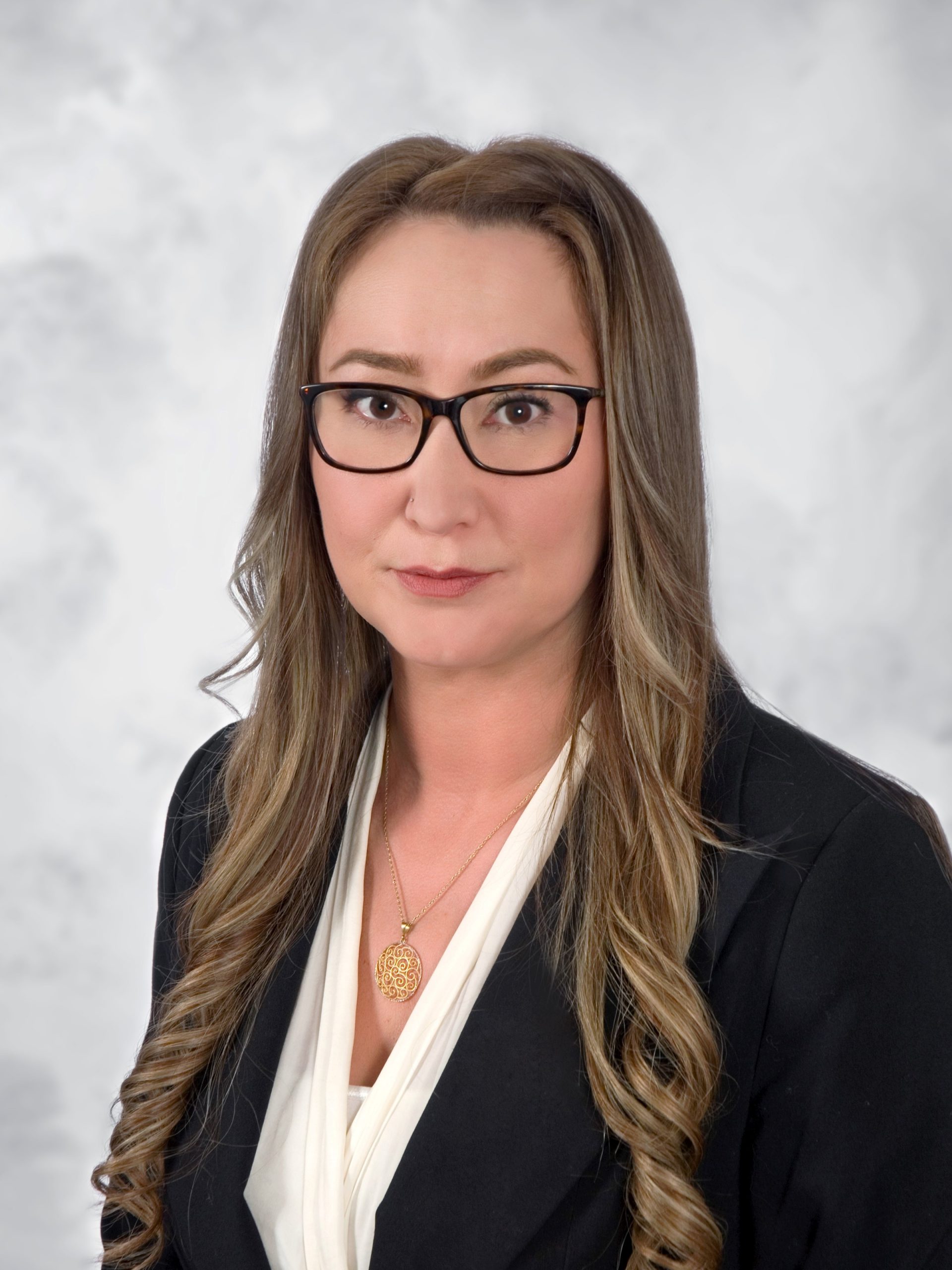 Mandy has several years of experience in leadership roles in security operations. Mandy was born and raised in Northern British Columbia and had an extensive background in hospitality management prior to joining our team. Mandy has led several projects for Scarlet in the past. In her current role she is responsible for our Pipeline Operations in Kitimat, BC.